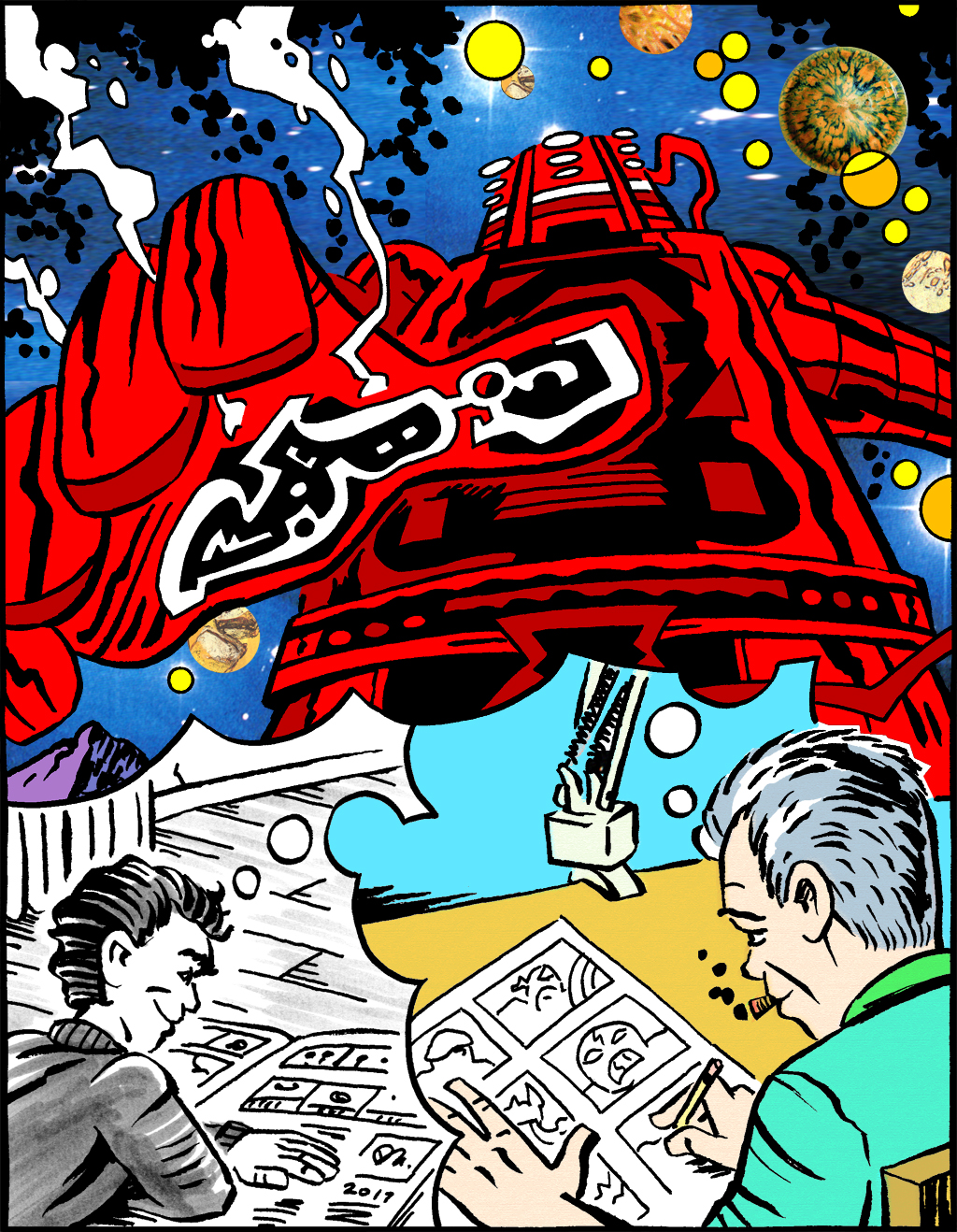 Today is the anniversary of Jack Kirby‘s birth in 1917. His contributions to comics– both in terms of characters and stylistic conventions– have rightly earned him the nickname “King.” I first discovered his artwork pretty much right as I discovered comics, at a time when he was working for Marvel in the mid 1970s. While his writing went pretty much over the head of this 10-year old, I couldn’t deny the power of his artwork. At that time it was still gracing the covers of many Marvel titles, from characters he created such as Fantastic Four and The Avengers to newer heroes such as a favorite of mine, Nova. I later came to appreciate Kirby’s work more fully through his creations at DC just before I started reading comics: the New Gods cycle and Kamandi, the last boy on Earth, are amazing comics to behold, and were able to (largely) stand on their own without interference from other editors or a need to adhere to line-wide continuity concerns. They are definitely worth checking out, especially since many of them have been collected in trade editions within the last decade.

Last year I created the above piece, which saw publication in Jason Garrattley’s Jack Kirby 100th birthday celebration on the Jack Kirby Museum‘s Kirby-Vision blog. Even though my inking’s a little rougher than I’d hoped, it was a blast to do, and sums up Kirby’s ability to dream big (such as in what came to be my favorite of his Marvel series, The Eternals) and bring those dreams to life on the page.

For this year, I produced a more “101”-style piece, which you can find in Jason’s 101st (and final) Kirby Birthday Gallery.